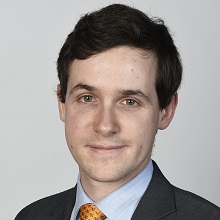 Prior to joining EDS04, Mr. Bouvet began his career by working with the French Treasury where he occupied various positions. He started as Deputy Head of the Sub-Saharan Africa and French Development Agency Division. In this capacity, he was in charge of the Zone franc and was Alternate Director for France at the West African Development Bank (BOAD) as well as French Government Auditor for the operation account of the Banque centrale des États de l’Afrique de l’Ouest (BCEAO). He was then responsible for the Treasury’s oversight over AFD and was a member of the Investment Committee of Proparco, AFD’s arm for the private sector. Subsequently, he joined Agence France Trésor, the French debt management office, as Head of the Cash management unit, where he supervised the treasury management of the government and the treasury single account.

Mr. Bouvet also participated in various technical assistance missions in developing countries as an expert for the Fiscal Affairs Department of the IMF.

Mr. Bouvet holds a master in management from HEC Paris and a master of public law and public policies from Université Paris-I Panthéon Sorbonne. He is also a graduate from the French school for high civil servants, ENA (École nationale d’administration).