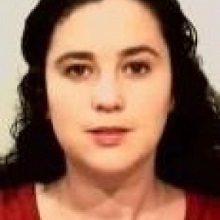 Lead Economist for Argentina, Paraguay and Uruguay at the World Bank

Lead Economist for Argentina, Paraguay and Uruguay at the World Bank, where she is heads the program on Equitable Growth, Finance, and Institutions. Previously, she was Global Lead for Fiscal Policy for Shared Prosperity at the World Bank and Senior Economist in the European and Central Asia Department. She has worked on fiscal and growth issues in Europe and Latin America, where she led a number of regional reports, including Russian Federation: Pathways to Inclusive Growth (2017), Golden Aging: Prospects for Healthy, Active and Prosperous Aging in Europe and Central Asia (2015) and Natural Resources in Latin America and the Caribbean: Beyond Booms and Busts? (2010). Prior to joining the World Bank, Emily worked in the European Central Bank, and in the Ministry of Finance of Guyana. Emily has a Bachelor’s degree in Philosophy, Politics and Economics from Oxford University, and a Ph.D. in Economics from the European University Institute.