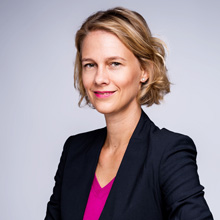 Carolin Geginat is the Country Manager of the World Bank (WB) for Armenia as of July 1, 2021.

Since 2003, Geginat has held several positions at the World Bank, International Finance Corporation (IFC) and the International Monetary Fund (IMF). She served most recently as the WB Lead Economist for Eastern and Southern Africa and before that for four years as Program Leader for Equitable Growth, Finance, and Institutions in Southern Africa.

Geginat joined the World Bank in 2003 to work on delivering debt relief to African countries under the Highly Indebted and Poor Country (HIPC) Initiative. She later became a researcher for the Bank’s Doing Business Report team and served as its Co-Manager until 2014, when she joined the IMF’s Middle East and Central Asia Department to work on the Post Arab Spring Response.

Between 2016 and 2020, she was based in Maputo, Mozambique, to lead the World Bank’s lending and advisory work in the areas of macro-economic and public sector management, governance, private and financial sector development, poverty measurement and statistics for Mozambique, Madagascar, Comoros, Mauritius and the Seychelles.

Geginat, a German national, holds a dual M.A in Economics and International Business Administration from the University of Cologne, Germany, and an Advanced Degree in Economic Policy Research from the Kiel Institute for World Economics, Germany.