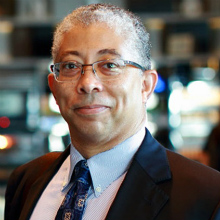 Bernard Myers is a Senior Public Sector Management Specialist at the World Bank Kuala Lumpur office, where he leads the work on public finance management.

Before moving to Malaysia in January 2017, Bernard leads the Bank’s public sector team in Indonesia, helping manage engagements on budget management, tax administration, and accountability at the central government.  Prior to his work in Southeast Asia, Bernard spent several years supporting countries in Europe and Central Asia, where his areas of specialization included public investment management, performance based budgeting, budget planning, budget execution, civil service reform, and functional reviews of the public administration performance. Currently, Bernard is the Facilitator for the Budget Community of Practice within the Public Expenditure Management Network in Asia (PEMNA), which is a peer-to-peer network for budget officials in east Asia.

Bernard is a US national, and before joining the Bank in 2000, he worked as an overseas budget advisor for the US Treasury’s Office of Technical Assistance and as a senior evaluator for the US Government Accountability Office (GAO) on federal budgeting issues.  Bernard holds an MBA from Stanford Business School and a bachelor’s degree in Political Economy from Princeton University.