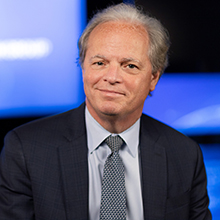 Axel van Trotsenburg (@AxelVT_WB) is the World Bank Managing Director of Operations (MDO), having assumed the role on October 1, 2019.

A Dutch-Austrian national, van Trotsenburg is responsible for the Bank’s operations across the world, with a footprint spanning more than 140 offices. Over the past three calendar years (CY2020-2022), he oversaw the massive increase in financial assistance in response to the COVID19 crisis and other global crises including climate change, reaching $210 billion which is almost $80 billion dollars more than the previous 3 years.

Van Trotsenburg is responsible for delivery of the World Bank program which includes an active portfolio of more than $304 billion in loans, grants, credits, and trust funds and an annual lending and financial support program that has totaled around $70 billion/year over the last two years. As MDO, he oversees the 7 Regional Vice Presidents of the World Bank to manage the activities of more than 6,500 staff.

Van Trotsenburg brings deep experience in regional operations and finance, drawing on his  experience as longest serving Bank executive at MD-Vice Presidential level, with two tenures in the Finance Complex and two in Operations.  In the year before assuming his MDO position, he was at separate times Acting World Bank CFO and Acting World Bank CEO, serving these roles concurrently with his roles as Vice President.

Van Trotsenburg has extensive experience mobilizing financial resources for development.  As Vice President for Development Finance in 2016-2019, he was responsible for the replenishment and stewardship of the International Development Association (IDA), the largest source of concessional financing for the world's poorest countries.  He has been a strong champion for IDA, leading and negotiating IDA16 and IDA18 cycles, and chairing IDA20, which together mobilized a record $293 billion for the word’s poor – this includes $93 billion for IDA20; 75 billion in 2016 for  IDA18; and $50 billion in 2010 for IDA16.

Under his leadership, for the first time, IDA leveraged its equity by blending donor contributions with internal resources and funds raised through debt markets while increasing its operations to Africa, which now accounts for about 70% percent of total IDA support, up from 15% in 2000.

Van Trotsenburg also oversaw the International Bank for Reconstruction and Development (IBRD) corporate finances. He co-led the World Bank Group's efforts to obtain a capital increase which resulted in shareholders endorsing a transformative package in April 2018, including an increase of the IBRD capital by $60 billion. He also co-chaired twice the replenishment negotiations for the Global Environment Facility – the GEF5 and GEF7 – and was  responsible of a multi-billion-dollar trust fund portfolio.

He is currently managing, along with WB Managing Director and CFO Anshula Kant, an “Evolution Roadmap” process to explore how the World Bank Group can better respond to the need for increased action to address the growing crisis of poverty and economic distress, and global challenges, including climate change, pandemic risks, and rising fragility and conflict.

Apart from his experience in managing World Bank finances, van Trotsenburg has had extensive experience in country operations and regional programs. He served as Vice President for the Latin America and Caribbean Region in 2019; as East Asia and Pacific Region from 2013 to 2016; as Country Director for Colombia and Mexico from July 2007 to July 2009; and as Country Director for Argentina, Chile, Paraguay, and Uruguay from 2002 to July 2007.  He also worked as a Senior Country Economist for Côte d’Ivoire and Economist for Guatemala.

Van Trotsenburg was a Senior Manager and architect of the Heavily Indebted Poor Countries (HIPC) Initiative, the largest and most comprehensive debt relief program for poor countries. In this capacity, he was responsible, with his IMF counterparts, for the design of the debt relief framework as well as the delivery of debt relief packages of about $30 billion for 20 countries.

Prior to joining the World Bank, van Trotsenburg worked at the OECD in Paris. He holds a master’s and a doctorate degree in economics and a master’s degree in international affairs. He is married and has two adult children.