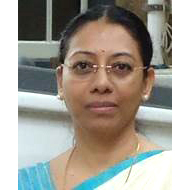 Ms. Aparna Subramani has been a member of the Indian Administrative Service, the civil service in India, for the past three decades. She has a wide range of experience in the national, sub national and local governments.  Her principal areas of experience are Public Finance, Development Policy, Planning for sustainable and balanced development, and Urban governance.

She has served in the Government of India, in policy formulation and program implementation roles in Unorganized sector as well as in Urban development.  She also has experience in putting together socio-economic development strategy, mapping human development, and the Road Map for achievement of the SDG 2030. She has handled fiscal policy, public debt, taxation policies, treasury management and funding for externally aided projects from 2011 to 2015 at the state level.  Ms. Subramani has served on the Board of Directors of over 15 public sector companies, operating in energy, industrial infrastructure, mining and financial services.

As City Municipal Commissioner of Surat, a city of 4.5 million people, she initiated the preparation of the City Resilience Strategy in 2010 under the Asian Cities Climate Resilience Network (ACCCRN), a project funded by the Rockefeller Foundation. She has served on national level committees on Urban development. She has also worked in the local administration dealing with rural development, poverty alleviation programs, and disaster management.

Ms. Subramani holds an M.Sc. in Zoology from the American College, Madurai, Tamilnadu, India; an M.Phil. in Energy and Environment from Madurai Kamaraj Universty, Tamilnadu, India; and a Masters in Business Administration from the Swinburne University of Technology, Melbourne, Victoria, Australia.