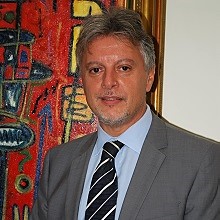 Alessandro Legrottaglie was appointed as representative of the World Bank in the Dominican Republic on August 16, 2016.

Mr. Legrottaglie, an Italian national, joined the World Bank in 1997 as Advisor to the Executive Director for the constituency representing Albania, Greece, Italy, Malta, Portugal, San Marino and Timor-Leste. Since then he has held a number of positions within the World Bank, and most recently led the dialogue between the World Bank and the governments of the six independent states of the Organization of Eastern Caribbean States - and with Barbados.

He holds two master's degrees in Political Science and Public Administration; A Postgraduate Diploma with honors in European Studies; And a Postgraduate Certificate in International Cooperation.