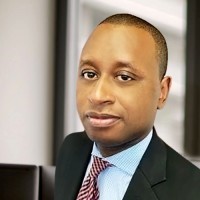 Mr. Bello most recently served as Senior Project Officer at the United Nations Convention to Combat Desertification (UNCCD), leading a land restoration programme in the Sahel. Prior to that, he was Advisor to the Executive Director of the Africa Group II at the World Bank Group from 2014 to 2019. He discharged that function during the negotiations process for the reform of the World Bank Group's safeguard policies, the Financing for Development and implementation of the Sustainable Development Goals.

Between 2007 and 2014, he held a series of senior positions in multilateral institutions. They included Chief of Staff at the New Partnership for Africa's Development Agency (AUDA-NEPAD) in South Africa, and Economist at the Islamic Development Bank in Saudi Arabia. Prior to that, Mr. Bello worked in the private sector, including as Assistant Project Manager at Renault France in 2005.